Indianapolis Sees Surge of Live Events in July and August 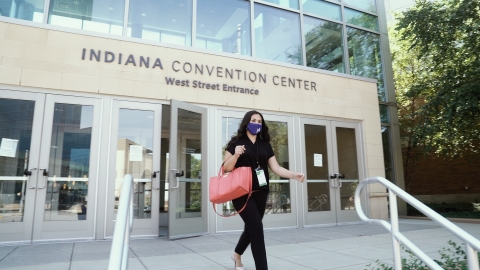 Following the implementation of a “back on track” reopening program that included new health and safety measures directed by a local task force, Indianapolis has seen a surge in meetings activity. In the four-week period following the July 7 reopening of Indiana Convention Center (ICC) — which recently spent $7 million on health and safety improvements — the city successfully hosted 18 meetings and events with a total of more than 40,000 attendees.

“With more than 50 percent of the nation’s population within a day’s drive of Indy, coupled with the health upgrades to our center, we’ve seen a surge in meetings,” said Chris Gahl, senior vice president of marketing and communications for Visit Indy.

Of the 18 meetings and events, 11 were held in the convention center. Seven others were self contained in downtown hotel properties.

‍Learn more here about the city's "back on track" reopening program.