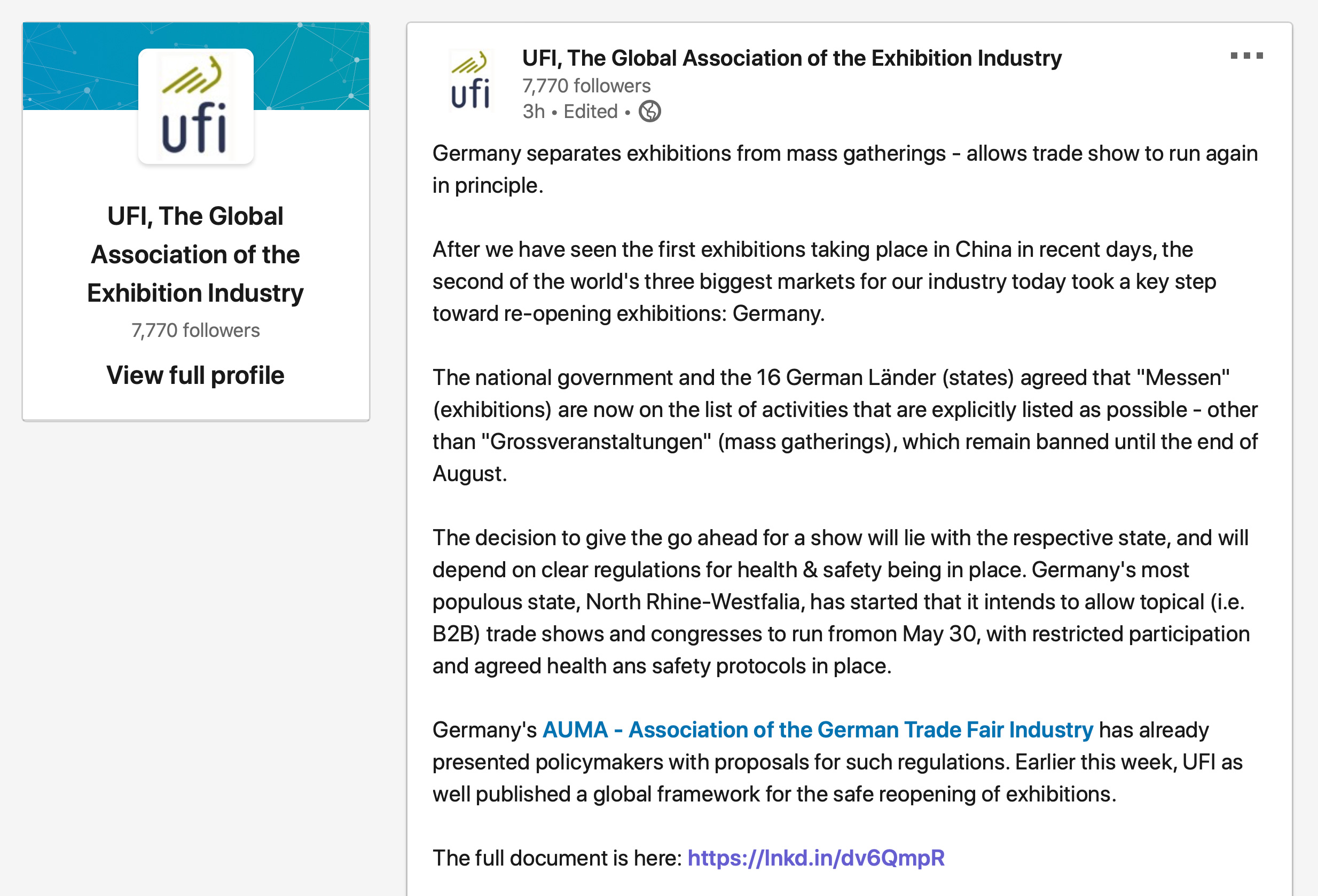 After we have seen the first exhibitions taking place in China in recent days, the second of the world's three most significant markets for the event industry today took a crucial step toward re-opening exhibitions: Germany.

German Chancellor Angela Merkel has announced that the country is taking a significant step toward opening the country to limit the economic damage caused by the containment of the virus. The German government, in collaboration with its federal states, has created a gradual plan while maintaining social distancing and hygiene rules remaining in place until June 5. The plan also calls for mask requirements in certain public areas.

According to the plan, exhibitions will be allowed. However, gatherings such as festivals, major sporting events with spectators, large concerts, and street festivals will still be prohibited until August 31.