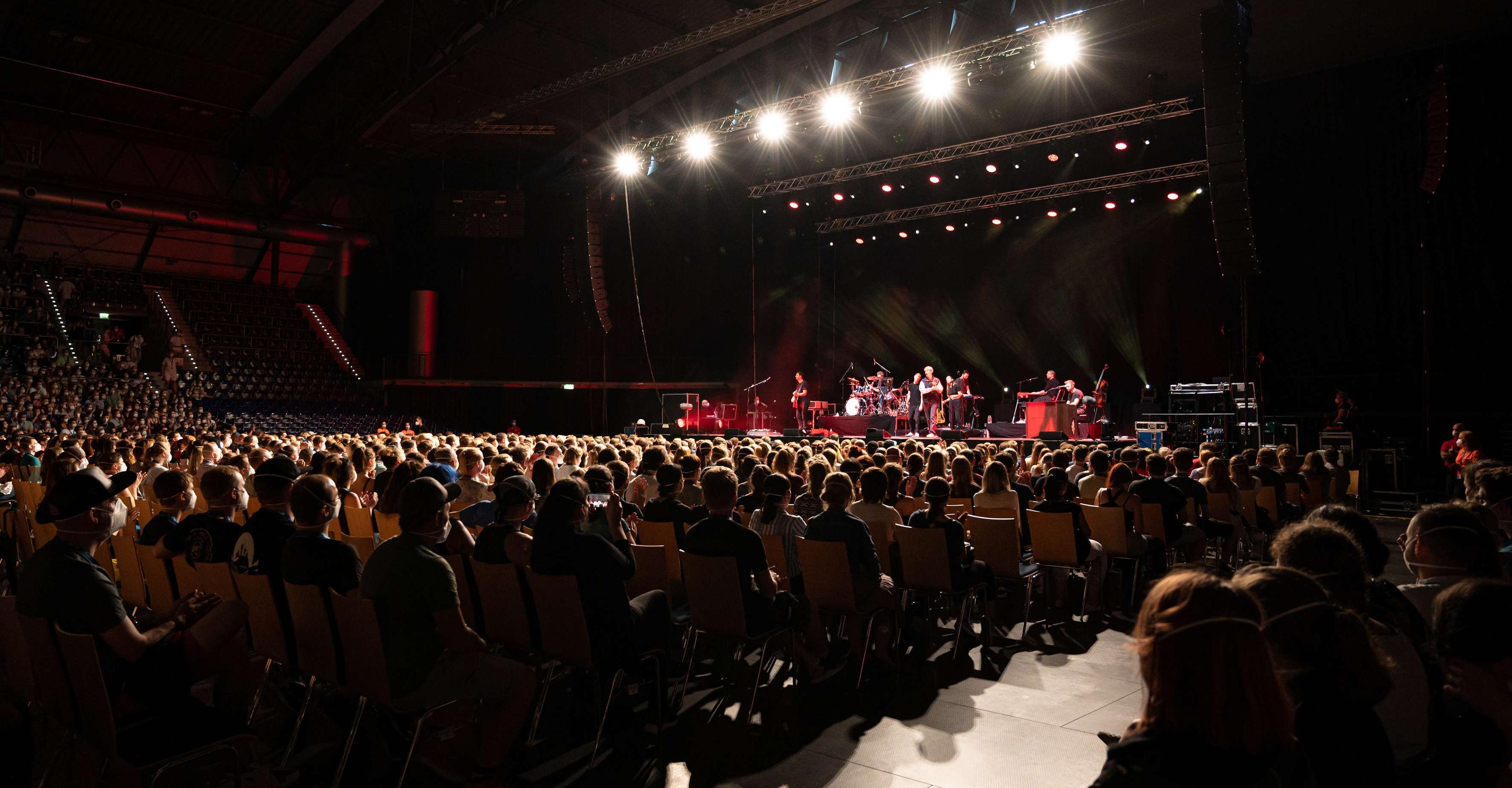 Scientists at the medical center of Halle University in Germany conducted a scientific experiment at the Quarterback Immobilien Arena in Leipzig, Aug. 22, in order to gather data on crowd management that could provide useful for live event professionals.

German singer and songwriter Tim Bendzko performed a real concert on the day, during which different crowd behavior scenarios were simulated. The results are now in and were presented during an Oct. 29 press conference.

1,500 participants, who had registered and showed up for the experiment, were handed and wore contact tracing devices, which gathered data that has been evaluated, analyzed and modeled over these past two months since the concert took place.

Researchers found that the overall number of contacts lasting several minutes, which are the critical contacts according to the scientists, wasn't that high, and could be reduced significantly with the right hygiene concepts. Most contacts take place during entry and breaks, which is why the planning need to focus those aspects of any given show. Bad ventilation may increase the number of people exposed to the risk of infection.

Some 90% of participants said in a survey conducted after the concert, that they didn't mind wearing a mask and were willing to continue to do so in order to be able to visit events again. Last, and most importantly, they found, that if event promoters stick to hygiene concepts, their events will have little to hardly any impact on the pandemic.

Dr. Stefan Moritz, who works at Halle University and directed the study, said the results confirmed the research team's thesis that not all participants in an event are making critical contact, i.e. a form of human interaction scientists deemed risky.

"Therefore, events can take place even in a pandemic situation under certain conditions," he said, adding, "the most important insight for us was the impact of a good ventilation technology, which is a key component when it comes to risk of contagion."

Read the full article from Pollstar.